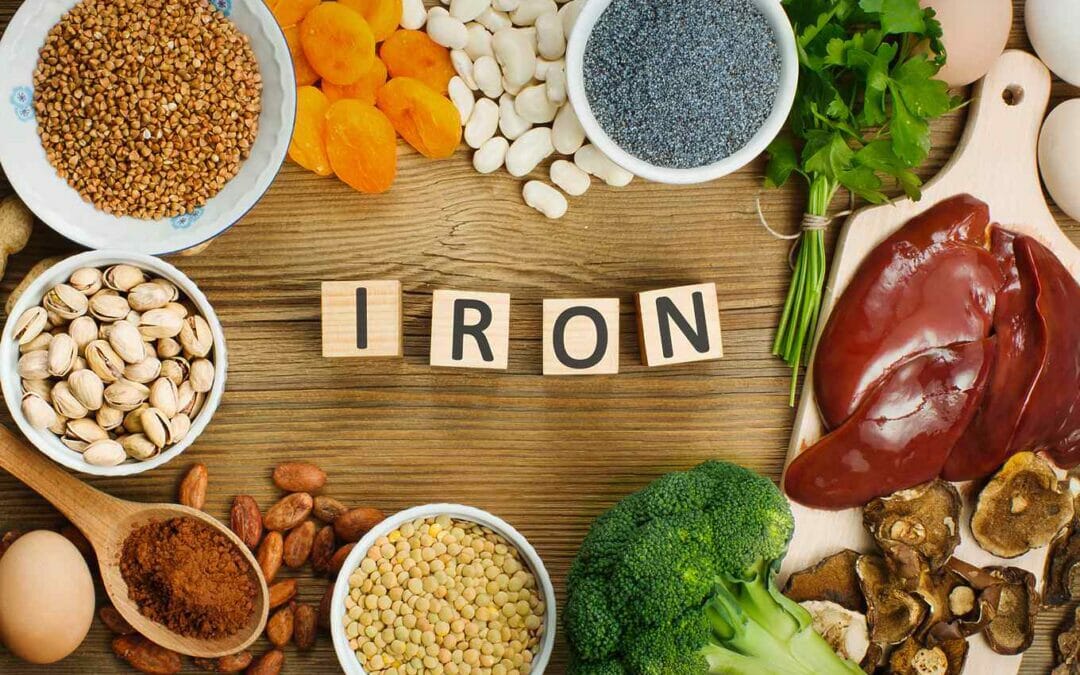 Feeling tired, lethargic or out of breath on effort requiring tasks? Did you know that this could be because you aren’t getting enough iron from your diet?

Iron is an essential nutrient, and plays a big part in our bodies energy production, and is a functional component of haemoglobin in our red blood cells and myoglobin in our muscle cells.

Unfortunately, women in their reproductive years are more vulnerable and prone to becoming iron deficient, with repeated blood losses during menstruation, thus increasing our requirement for iron to over double that of males in the same age range, to 18mg/day, so adequate iron intake is extremely important.

Tips/ Strategies for getting enough iron:

To ensure you are getting enough iron, dietary changes are suggested as the preferred strategy, as iron supplements can cause a number of unwanted side effects.

Here are some tips to ensure that you can get enough iron from your diet:

– In general, consume a well balanced diet with a variety of foods from the five food groups, including iron-rich foods. Avoiding a particular food group can result in missing out on a number of key nutrients, one which could be iron.
Below is a web link to a free pdf poster of the Australian Guide to Healthy Eating (AGTHE), showing these five food groups. Have a look and see if there are some foods you could add to the shopping list this week.

– Try and include iron-rich foods at each meal throughout the day.

– Foods to avoid that inhibit or block iron absorption from plant foods include legumes, whole grains and rice that contain phytates, along with soybeans, other legumes and nuts, with the vegetable proteins in these inhibiting absorption. Calcium in milk is also an inhibiting factor, along with the polyphenols in tea, coffee, grain products, oregano and red wine.
These foods can be consumed, but I suggest reduce consumption of these at meal times, allowing an hour before or after a meal, to ensure iron is being absorbed as well as possible.

For those of you who may be vegetarian, the DAA gives some information regarding nutrients to be aware of regarding possible deficiencies, including Iron. There are some foods suggested to have, to ensure these nutrients are being consumed, when meat/ animal products may not be.  See web link below for this further information.

If you are struggling to find ways to include iron rich foods in your diet, or you are concerned that your iron levels are low, book in with one of dietitian’s who can assist with providing individualised strategies for you!

No comments to show.